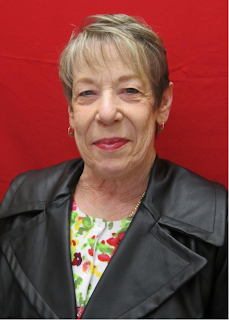 When Johnson Chapman was born she threw her family for a loop, especially her father, who had been totally expecting a son. After all, he already had daughters! In anticipation of the baby’s arrival, he had carved “KV, Jr.” into the cradle. So he had to make some adjustments and come up with a new name. The result is Lawana, which he made up. She describes her parents as the Ozzie and Harriet of rural America. The family lived on a farm in the Laurel area and the girls went through Meridian schools. The one exception to living in that location was the six months when they moved to Alaska, and her father worked in a mining camp. During that short time the daughters attended a one-room school.

Lawana and her husband lived at Sandy Point. He worked at Pioneer Ford in Lynden, and she at Sea K Fish Company, from which she retired after 33 years. Within 3 months of her retirement her husband passed away unexpectedly. Suddenly she was faced with many adjustments and decisions, but she made them all, and that is behind her.

The latter son is the U.S. military attaché to that country. Her children have given her five granddaughters.

Most important to her now are family, friends and community, to which she gives generously of herself. She is active in so many community organizations, too numerous to list here, but among them is the Ferndale Senior Center. She serves its Jet Oldsters as treasurer and grant writer. Her years of work at Sea K where she
served as accountant and office manager, and the various volunteer positions she has held in service organizations have prepared her well for this office. They have given her a good overall view of money management and accounting. She says, “You take what talents and skills you have, and contribute to the community.”

Her current interests include reading, and exploring Pacific Northwest artists by visiting galleries. Much to her own surprise, she also has acquired a taste for Impressionism art. She is thankful of the many joys life has dealt her, and “for the wonderful childhood I had, for it gave me the faith to face life’s challenges.”
Posted by Ferndale Senior Activity Center at 12:47 PM No comments: